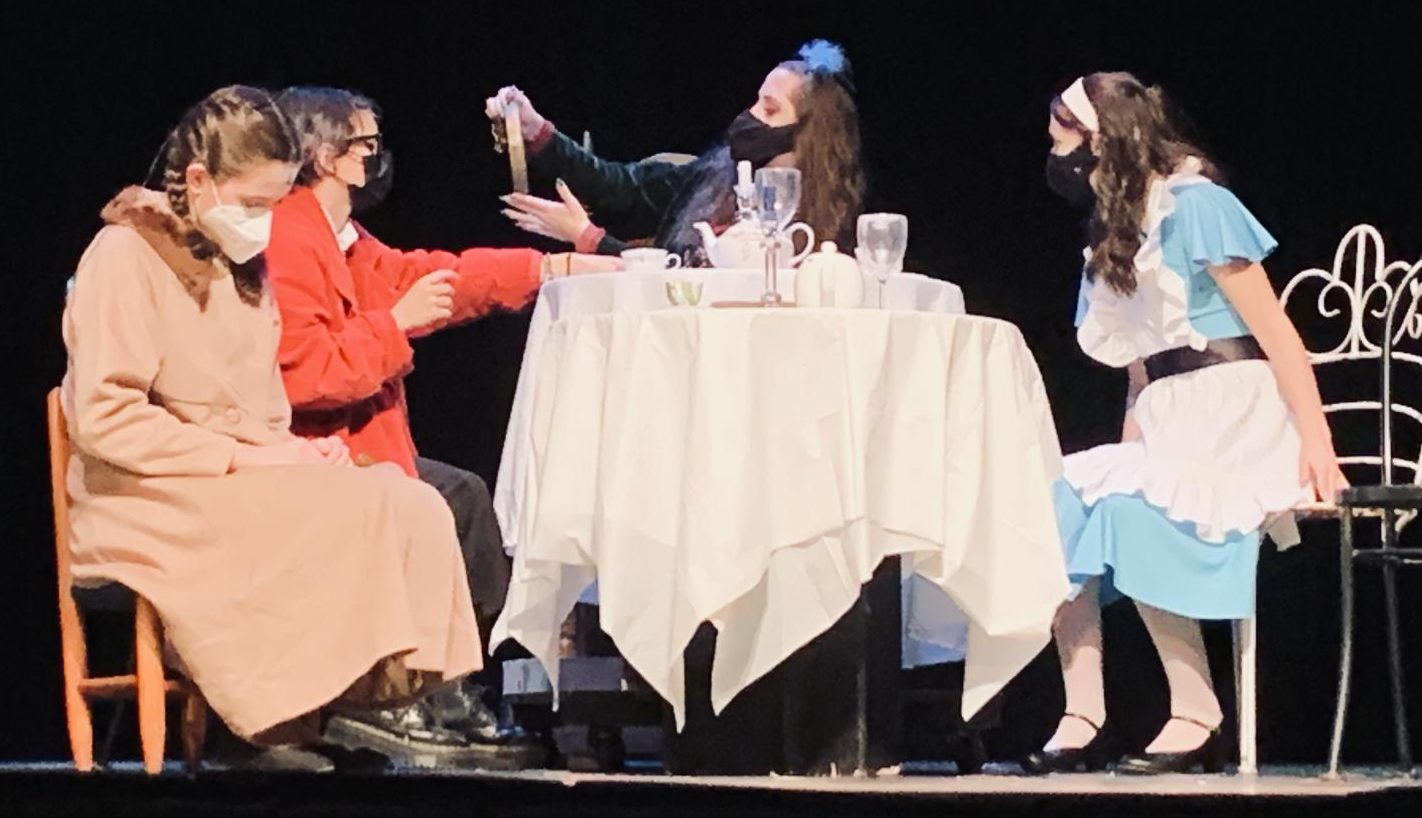 Through being a part of this play, I discovered the close community of the club, and the power of people of all kinds coming together to create something spectacular in a fairly short amount of time.”

Being a freshman this year, I wasn’t sure exactly what to expect when I walked into E.O. Smith for the first time. I’d been a remote student for the past year and a half, so in addition to having to adjust to a new school, I knew I would also be adjusting to school with Covid-19 protocols. Bottom line, I was nervous – for a number of reasons.

Before school started this past fall, I’d been encouraged by several people (and by my own interest) to join E.O.’s Drama Club. I enjoy acting and it seemed like a good opportunity for me to branch out and meet new people, so I decided to join. At first, I’ll admit it was kind of awkward for me, because the group seemed so close-knit. As with most things, though, I eventually had the opportunity to meet a few people and began to feel more like a part of the team.

The Drama Club team just finished production of its first performance of the school year, Alice in Wonderland, adapted by Jason Pizzarello and directed by senior Madelyn Bonkowski. It was certainly an experience to watch the play come together as we grew closer to showtime. In the scenes where I made an appearance as the Dormouse, I was even more in awe of the way the group moved from raw script to full-out acting onstage.

The incredible costumes for the production were made by Myra Morgan, who is also a senior. Due to Covid-19 and the need for social distancing, the audience was smaller in size, but it was no less engaging and fun to watch snippets of the performance while waiting backstage. Opening night, I was nervous, because I hadn’t been in a play or performed at all since seventh grade. As soon as I walked onstage for my scene, I felt right at home. In being a part of Drama Club, I learned a lot about ensemble and presence onstage. Through being a part of this play, I discovered the close community of the club, and the power of people of all kinds coming together to create something spectacular in a fairly short amount of time.

Right before the show, the whole cast and crew participated in the traditional Drama Club warm-up before performances. It was such a simple activity, yet doing it with all of the other actors and crew made me feel like a real member of the club and an important part of the performance. I feel very fortunate to have been a part of Alice in Wonderland, especially considering the trials of the pandemic we’re living through. But as they say, the show must go on! — And it certainly did.

A big round of applause for all who were involved and contributed their time to creating the world of Wonderland on E.O. Smith’s stage! Notes from the director and costumer as well as names of the cast and crew can be found at https://eospantherpress.com/?p=976&preview=true 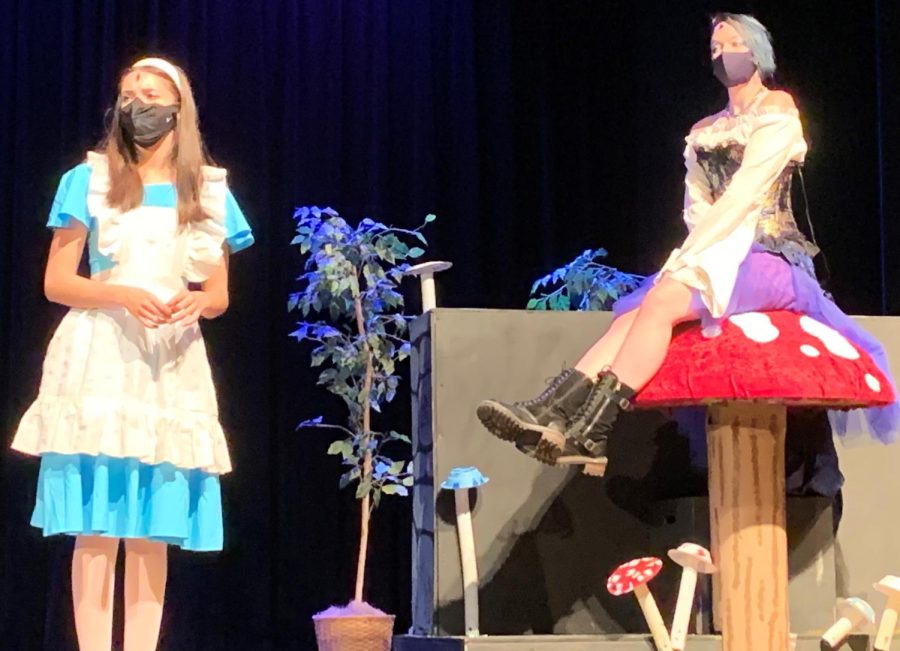 PLEASE READ OUR COMMENTS POLICY The Panther Press intends for this area to be used to foster healthy, thought-provoking discussion and to commend those for their work on the site or those whose exploits are profiled on our site. Comments are expected to adhere to our standards and to be respectful and constructive. As such, we do not permit the use of profanity, foul language, personal attacks, or the use of language that might be interpreted as libelous. This is not a place for inside jokes or coded messages to friends; students are working diligently to create this site, and we ask that you respect that effort. Comments are reviewed and must be approved by a moderator to ensure that they meet these standards. All decisions of the moderator are final. The Panther Press does not allow anonymous comments, and The Panther Press requires a valid email address. The email address will not be displayed but will be used to confirm your comments. Contact Mr. Kennedy at [email protected] for assistance.
All Panther Press Picks Reader Picks Sort: Newest