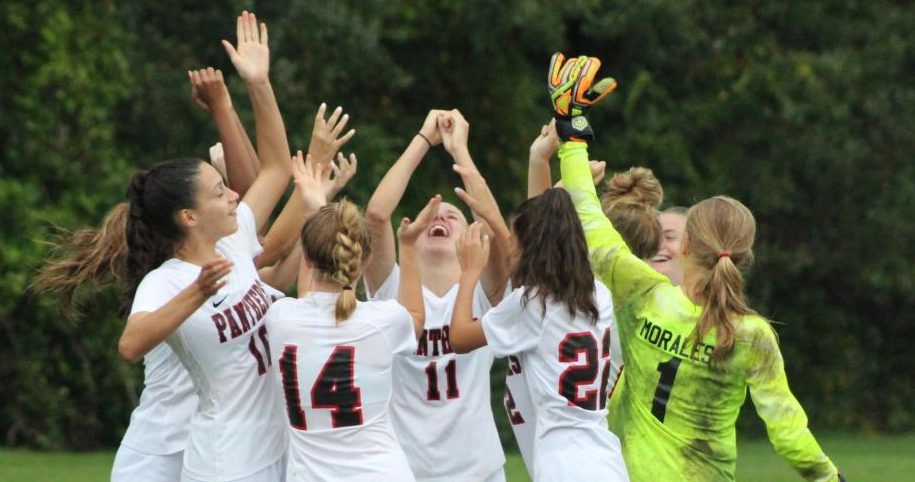 Wins by the Dozen

The E.O. junior varsity girls soccer team finished the season with a 12-1-1 record as they stepped up and showed what being a team was all about.

Some of the players have been playing together on other teams such as in middle school and on premiere teams, and some have even played with each other since they first started soccer. They know how each other plays and can anticipate a teammate’s next move with the ball. Sophomore Emilyn Auriental said, “The fact that many of us had played together prior to the school season led to a more close-knit group. We were not only a team, but everyone was good friends. I felt like it had a really positive impact on our abilities regarding teamwork, and it allowed for a really successful season.”

Based on these results, the girls soccer program at E.O. Smith has much potential for the next couple of years. “I think that there is a lot of potential for the future team here at E.O. Again, since we already know each other, it will be so much easier to play together. If everyone from JV this year sticks with it until we’re juniors and seniors, I think we will be very successful,” Auriantle said. 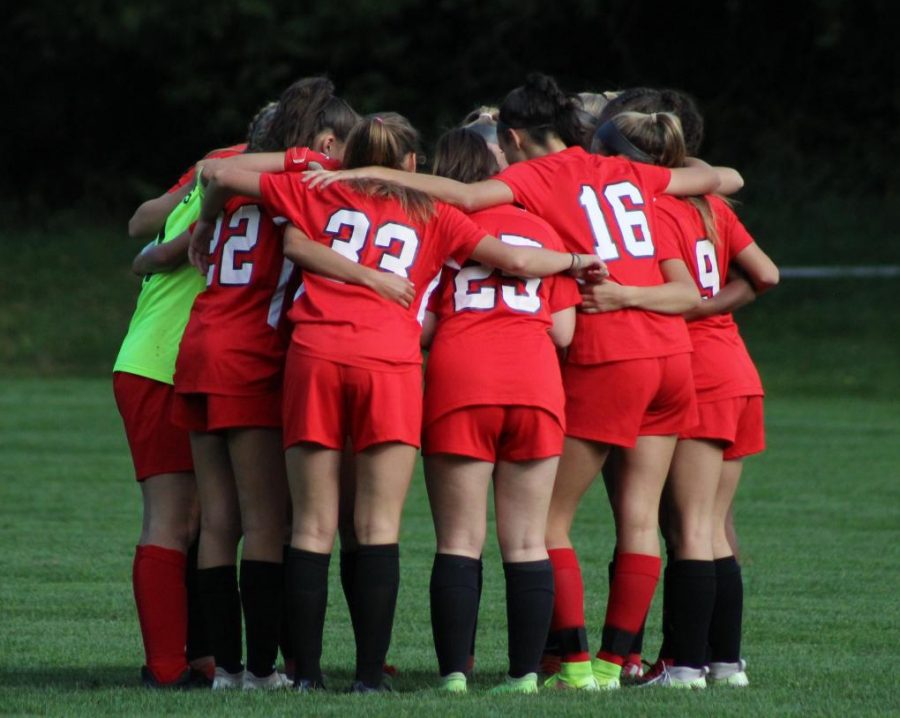 Gallery|11 Photos
(Photo by Grace Card)
Starters bring it in before kick off to discuss last minute details.